What are Formosan termites? 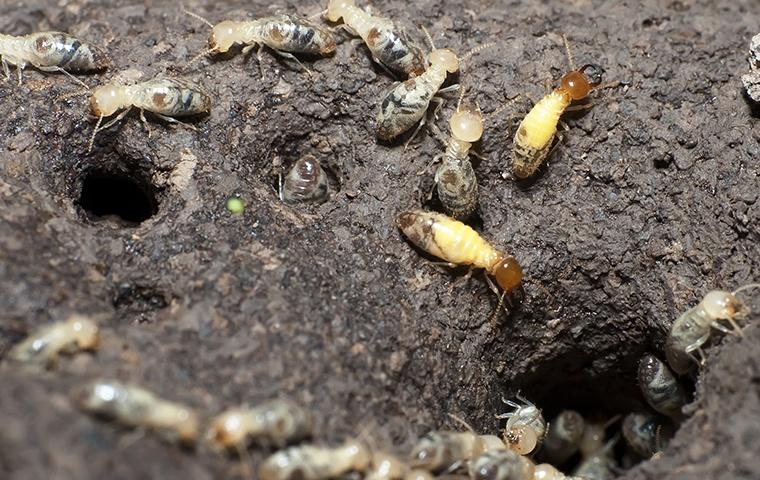 Like other termite species, Formosan termites are not directly dangerous to humans, as they do not bite or spread any diseases. However, they are incredibly detrimental to any homes or other structures they infest, leaving behind costly damages and creating potential hazards by damaging the structural fortitude of buildings.

Why do I have a Formosan termite problem?

Like Eastern subterranean termites, a Formosan termite infestation is commonly identified by the presence of wings discarded by reproductive termites after a mating flight. While they are attracted to moist or water-damaged wood, they will infest any home or structure that happens to be near their colony.

Another common sign of a termite infestation is the presence of damaged wood around the home that sounds hollow when tapped and may appear to have been eaten away along the grain pattern.

How do I get rid of Formosan termites?

Because they primarily move underground and out of sight, they can be incredibly difficult to control once they’re inside a structure, making prevention a necessity. However, if termites have already gotten inside, the only real option to get rid of them and prevent further damage to the structure is to bring a certified termite professional onboard to help.

Pestmaster® Services offers a number of termite treatment services designed to help keep your home or business termite-free, including the following: