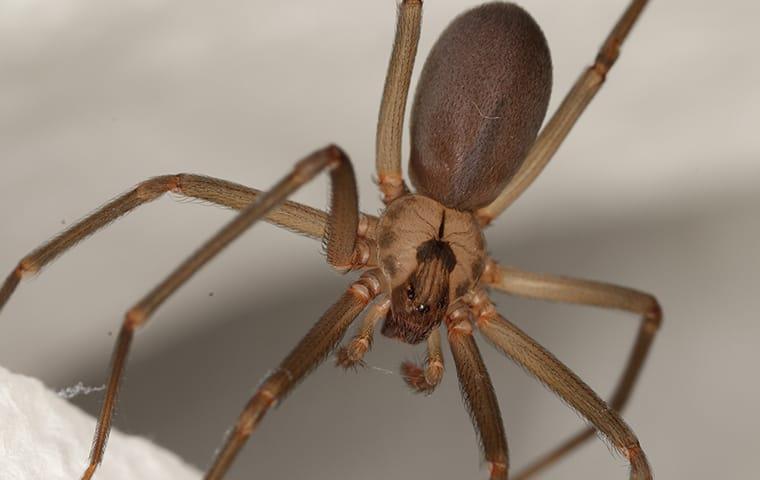 Many spiders in Albany can invade homes, and the surprising truth is that most of these spider species are relatively harmless and considered nuisance pests. While all spiders do have fangs and the ability to inject venom, most spiders in the United States don’t have strong enough venom to harm humans or most animals. However, there are a couple of notable exceptions to this, including the brown recluse spider. This spider does pose health risks to humans, so it’s essential to take steps to keep these pests away from your home. Find out more about Albany spider control options and get prevention tips from the pros in this guide.

How To Identify Brown Recluse Spiders

The best way to identify brown recluse spiders is by their eyes and markings. Brown recluse spiders have six eyes instead of eight, and they don’t have any markings on their legs. They also have a violin-shaped marking behind their heads, but it can sometimes be hard to see this marking unless you get too close.

The Dangers Of Brown Recluse Spiders On Your Property

The brown recluse spider is considered a dangerous species because of its venom's side effects. Keep in mind that the way your body reacts to a bite can vary significantly from person to person, and some people have very minimal side effects. However, others can end up hospitalized, so reach out to a healthcare professional right away if you suspect you've been bitten.

Some of the most common side effects of brown recluse spider bites include pain at the bite site, a deep ulcer from the bite, fever, nausea, chills, and joint pain. However, while these risks should be taken seriously, there luckily aren't any known deaths from brown recluse spiders in the United States.

The Safest Way To Get Rid Of Brown Recluse Spiders

Since brown recluse spiders are dangerous, home pest control services are the best way to remove them. Our professionals at Pestmaster® Services have the experience you can rely on when dealing with harmful spider species. We can remove existing infestations, and we can also prevent further spider problems. Our pest control plans effectively address spiders and their insect prey to keep spiders out throughout the year.

How To Keep Brown Recluse Spiders Away From Your Property

While the best way to remove spiders is with help from Pestmaster® Services, there are steps you can take on your own to prevent brown recluse spiders. Here is what we suggest: