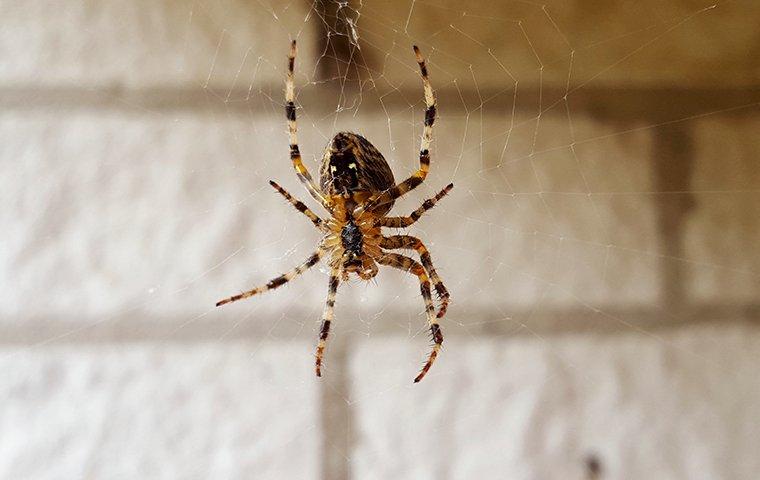 Having spiders in your house may or may not be a big deal to you. Even if you're ambivalent about them, you may be unaware that one of the many benefits of spiders is the pest control they provide at no cost to you. Unfortunately, what this may mean for your household is that if you have a lot of spiders around, there is a pest prey population keeping them fed all year.

Here's what Albany residents need to know about common house spiders, the benefits of spiders and what their presence means, and the best way to eliminate spiders in your Albany home.

How To Identify A House Spider

The common house spider that can be found in the state of New York has a mottled, rounded abdomen, a reddish thorax (in males), and nearly translucent legs with brownish bands. House spiders are not dangerous to humans and extremely unlikely to bite, but they have been known to take down prey much larger than themselves, including other spiders.

Other common house spiders in the area that aren't specifically house spiders include the wolf spider, the cellar spider, and the sac spider. Among these, the only one to be concerned about is one of the most dangerous spiders in NY. The sac spider has venom with similar necrotic capabilities as a brown recluse, meaning it may cause skin deterioration resulting in painful sores.

Having a lot of spiders in your house isn't a bad thing in itself. The biggest concern when you're seeing them around a lot is that they're surviving indoors on insects alone. Contrary to popular belief, they don't need to be inside to survive cold weather. They come inside because other pests came inside first, and they have plenty to eat. Unfortunately, it can be difficult to tell which are dangerous spiders in NY and which aren't, so it's better not to risk a bite by getting rid of a spider problem at its roots. The best way to get rid of spiders is to eliminate the pest prey that is drawing them into your home.

Because spiders are drawn by the insects in your home, much of spider prevention starts with general pest prevention. The tips on this list include general home maintenance suggestions that will keep spiders and their pest prey out of your home.

If you're struggling to know where to start with the prevention or need an expert to get rid of spiders and pests fast, it's time to call Pestmaster® Services.

Get Rid Of Spiders With Effective Professional Pest Control

In Albany, the best way to get rid of spiders is with help from Pestmaster® Services. Included in our eco-friendly service options are tools to help you modify your home and routine to keep you from having to resort to extermination. After all, poisons and pesticides are a small part of pest control. At Pestmaster® Services, we want the bulk of our work to be preventative, not reactive. To learn how to protect your home against pests in every season, call Pestmaster® Services today.