One little house mouse is quiet, small, and may not seem to be a problem. In fact, it's hard to believe the amount of damage it can do. They are tiny little animals covered in fur and whiskers after all! Some people even keep these small animals as pets. Mice keep to themselves, try to stay out of sight, and we usually only catch fleeting glimpses of them. So, when you see one, it may be easy to dismiss it. Of course, here at Pestmaster® Services, we know that if you see one mouse, you very likely have a big problem. 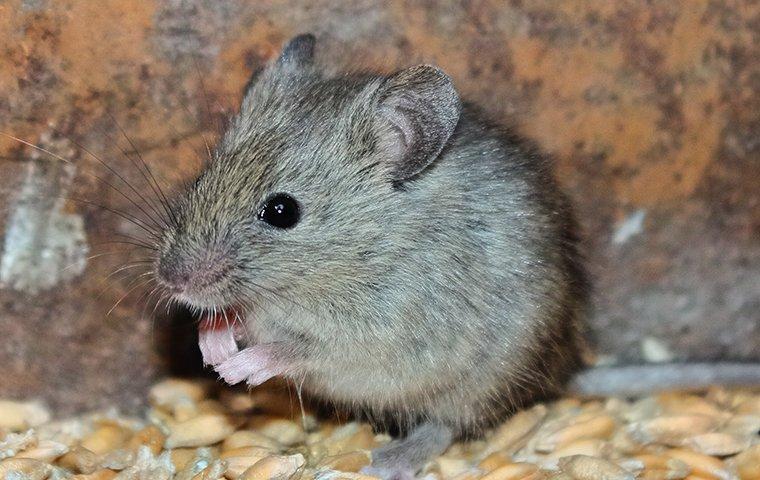 Mice are at home in crawl spaces and behind drywall. They make nests out of almost anything. You may not have ever seen a single mouse in your home and still be infested with them. If you have seen one, you have a problem.

Mice are a serious pest problem in Hudson Valley. They are prolific breeders and skilled infiltrators. Mice get into our homes and start to reproduce. Because they are so good at staying hidden, when you see one, you can bet there are several more still hiding in the crawl space and behind the drywall.

If you're asking whether or not a single house mouse is something to worry about, then you're probably not aware of how dangerous mice are. Mice are known to carry sicknesses and pass them on to humans and other animals.

Not only are they harbingers of disease, but even the healthiest mice can also do thousands of dollars in physical damage to your property. Even if mice aren't infected with something, they're a risk to our health. Their waste in walls acts as an allergen and can especially aggravate asthma sufferers, even if the mouse isn't infected with hantavirus.

Four Things You May Not Know About Mice

Mice are a big problem in Hudson Valley because they breed quickly and are capable of learning. Insects may be creatures of instinct, but the house mouse is closely related to the lab mouse. Their behavior is, in part, learned. This means they're especially hard to get rid of. You may set a trap and catch a few, but soon, the mice will figure out your system and do everything they can to avoid getting caught.

There is too much risk and no reward for ignoring even a single house mouse. At the first sighting of a single mouse -- even if you just find it dropping in a cupboard or hear them scampering behind a wall, contact Pestmaster® Services. Our friendly professionals are standing by, ready to help with your rodent control needs.